Simultaneous turns are useful for providing balanced parallel turn-based gameplay, but they will also provide you with a lot of design challenges

Showing a black screen at the time of another player’s turn is really boring: it breaks the flow, multiplies game session times, and sometimes even makes players angry at each other for taking turns too slowly. Unless it’s a single player game, you might want to resolve this somehow, and it’s better to think on it as early as possible. Let’s have an overview of alternatives to sequential turns.

Some games resort to adding real-time elements: all players make moves at the same time, but you have to make important conflicting actions really fast at the beginning of your turn, otherwise your opponent will do this first and you might lose significant advantage. This opposes the cold and strategic nature of turn-based games, also it depends on internet speed, animation speed and delays after actions that your designers have unfortunately decided to set up.

There is a lot of fun in turn-based games when you add multiplayer in it, but if you want well-balanced competitive play, it’s good to consider less straightforward options too:

Other games explicitly define a resolution phase: after every player has completed their turns and submitted them, the game will calculate the state for the next turn. Games with resolution phase may vary from setting AI schemes for every unit to setting movement trajectories and projectile paths. 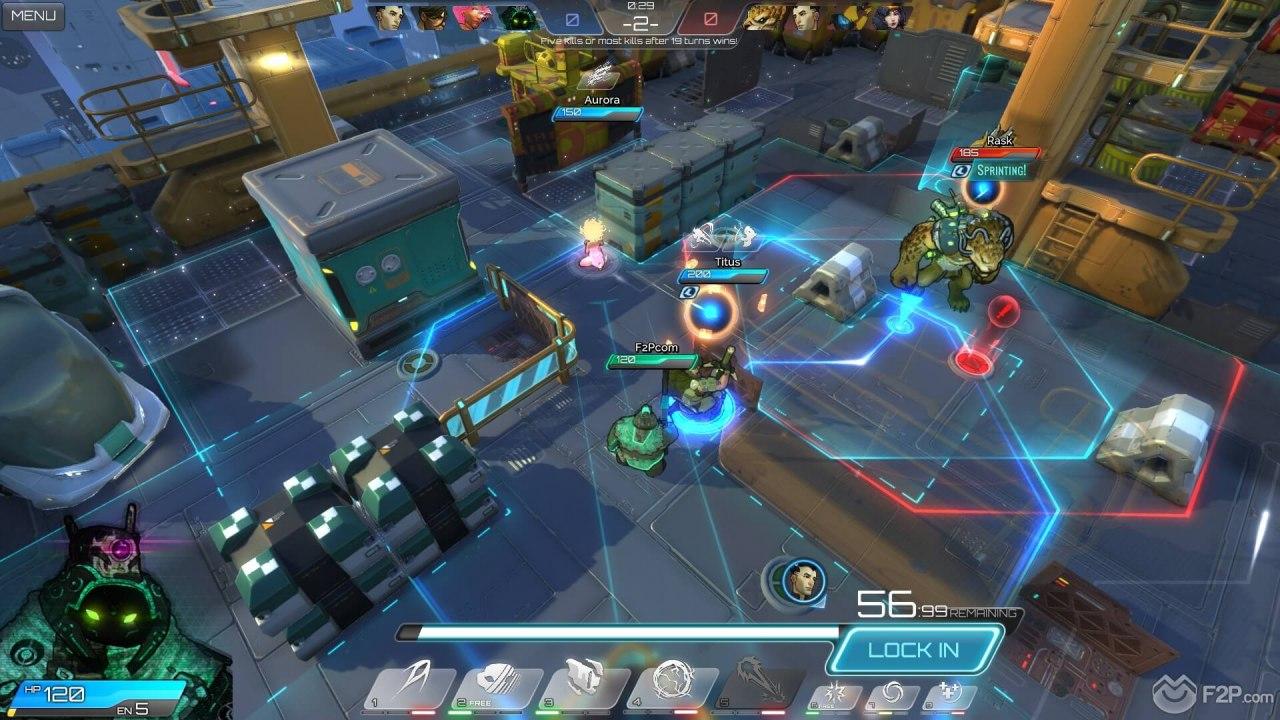 The third option is what most board games use: they still offer parallel gameplay without giving players the ability to make actions at other players' turns. This gameplay is represented by analyzing other players' actions: you can see everything (or at least something) that they do, making you plan changes to your strategy until it’s your turn.

With small enough turns, you possibly can eliminate waiting, as some players might think ahead and make the turns immediately after their turns have started

But, of course, this category is not describing purely simultaneous turn games.

Some games with sequential turns also allow making queues of actions during player (or non-player turns). For example, place a very long movement order that will span through multiple turns, push 5 productions into a city’s queue, and so on.

This is a weird unexplored idea. Imagine if some parts of the game did not depend on each other at every moment of time: that would allow different players to do different things at the same time. For example, one of the players is currently in the building stage, and the other one is in the exploration stage. Both click END TURN, and their roles invert!

I don’t remember any examples of a similar turn structure. Do you?

It’s possible to mix all of these above. You can make some parts of the game fully sequential, while, for example, overworld gameplay happens simultaneously. This is what Humankind does with battles on a 4X map: when units overlap, battles with sequential turns start on a smaller map, but you can do everything else in your empire while waiting for your opponent’s next action.

Notable examples: Paradox games, while being real-time, feel turn-based because players can agree to make a pause to resolve their decisions.

This is what I’ll go into detail in this post. This type of gameplay heavily relies on short-timed planning and predicting what your opponent will do.

Fully simultaneous turn-based games are more prediction-oriented and “risky” in their nature than “puzzling” and “tactical”. You can draw parallels with fighting games and other kinds of rock paper scissors. While most tactical games require some sort of prediction of the opponent’s strategy, in games with planning, you have to make micro-predictions that may win or fail immediately.

The main difficulty of working with simultaneous turns is that simultaneous player actions can’t depend on each other. You would need to implement some resolution mechanic for each conflicting action. For example, an abstract Troll can throw someone far away. What if two trolls throw each other at the same time? Moreover, what if the enemy healer casts AOE heal on the area where the thrown enemy was residing? Such cases need explicit attention in gameplay mechanics. There are multiple ways to solve it, for example:

The impact of simultaneous action conflict may be significant in games with low amount units and fewer steps in the resolution phase. With a big enough amount of steps in the phase, gameplay moves towards being continuous, eventually becoming a real-time game.

Many turn-based games offer some way to set things up for the following turns. In Dominions 5, you can place your formations right on the theoretical battlefield, you can set behavior for them. In the actual battle, you will then see how well your placement works, how easy it was to get to your archers, and so on. 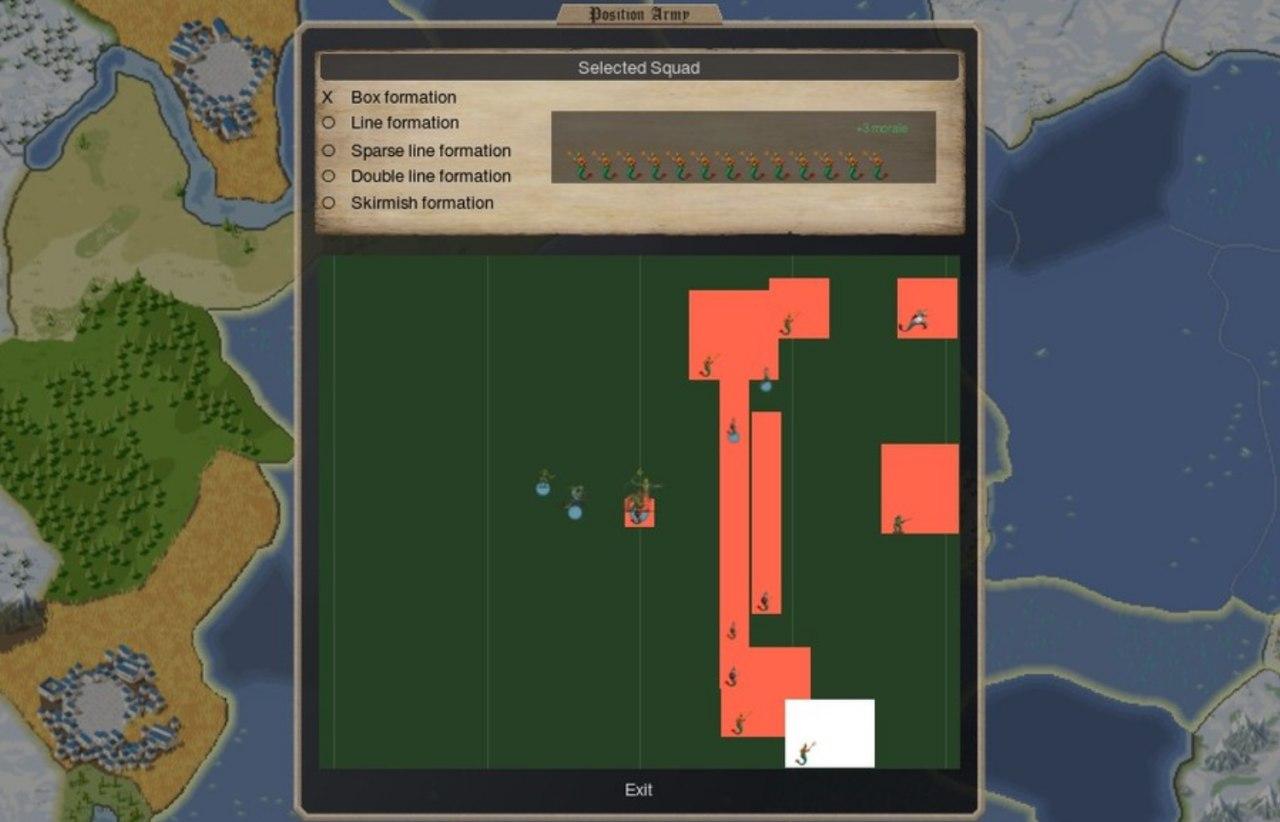 More extreme examples allow exact planning of micro actions, such as shooting slow-moving projectiles so that enemy would go into it. Circle Empires Tactics offers a lot of that tight prediction experience, capturing the essence of prediction-based strategy.

I, too, implemented movement paths in my project - one of the factions will have much fewer units, but each one can be controlled individually. The implementation is not finished yet (both visually and mechanically), but here is how it looks so far:

This can be applied not only to all kinds of games with abilities. First of all, you can graphically show predicted outcomes of player actions. For example, when a player considers throwing a fireball, it would be convenient to immediately see how much damage they would do. Take a look at health bars (red segments of triangular borders around creatures). I described tricks with healthbars in this old tweet. Here is also an idea on how movements and battles could be displayed:

Moreover, it’s possible to make a complete prediction of the next turn state in case of simultaneous turns - this might be useful if the design is based around an AI taking steps both for the player and the neutral/enemy units.

To do any kind of prediction visualization, actions need to be deterministic. It would be difficult to show prediction of attack damage if there are critical strikes possible, or to reliably draw movement trajectories, if there is any output randomness at all. For example, you can replace randomness with different mechanics: like, instead of a 10% crit chance, do a guaranteed crit every 10th turn.

Of course, the player’s predictions are more important than automatic ones! That’s why you can give players another tool to make predictions more convenient: allow planning by playing enemy units too! This is what, for example, Frozen Synapse 2 does. 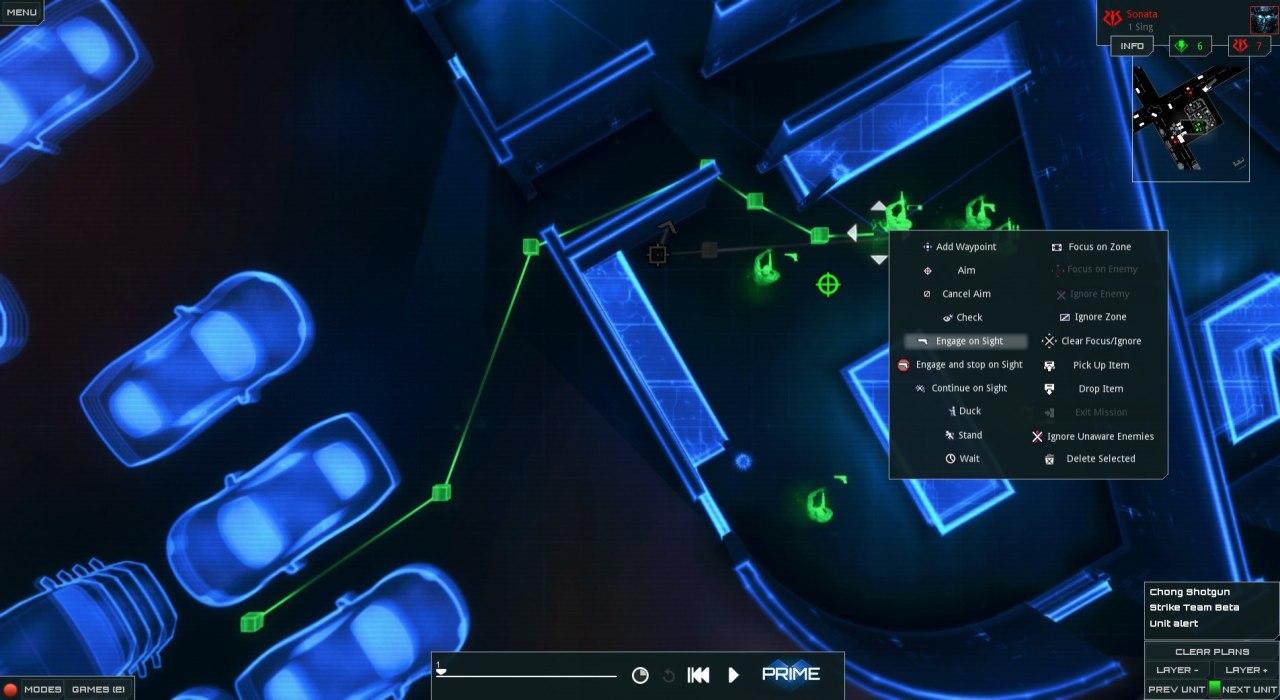 There is also an important decision: will you show the enemy’s exact action prediction for the next turn, or will you make the player think on the range of things that possibly could happen, like in multiplayer? Both have interesting implications: Into The Breach and Slay The Spire made some really fun things with telegraphing enemy actions. But this is obviously not possible in a multiplayer game - these have to stick with the second option.

A very big amount of polish in strategy games comes from actually observing your actions: when you throw a fireball, an explosion comes from the tip of your cursor. While this is not the primary kind of fun strategy gamers aim for, it is crucial for the game feel. Fully simultaneous turns struggle with this, as most actions can be played only in the resolution phase. Make sure to add enough effects on placing orders in planning-style games. For example,

Moreover, it’s actually possible to play animations for some types of player actions. Placing buffs, non-killing damage, summoning demons: all of that could be played right away if your mechanics allow it!

Implementing parallel gameplay into a turn-based game is a broad topic with a big space for creativity. There are a lot of ideas to come up with: don’t be lazy and playtest them immediately.